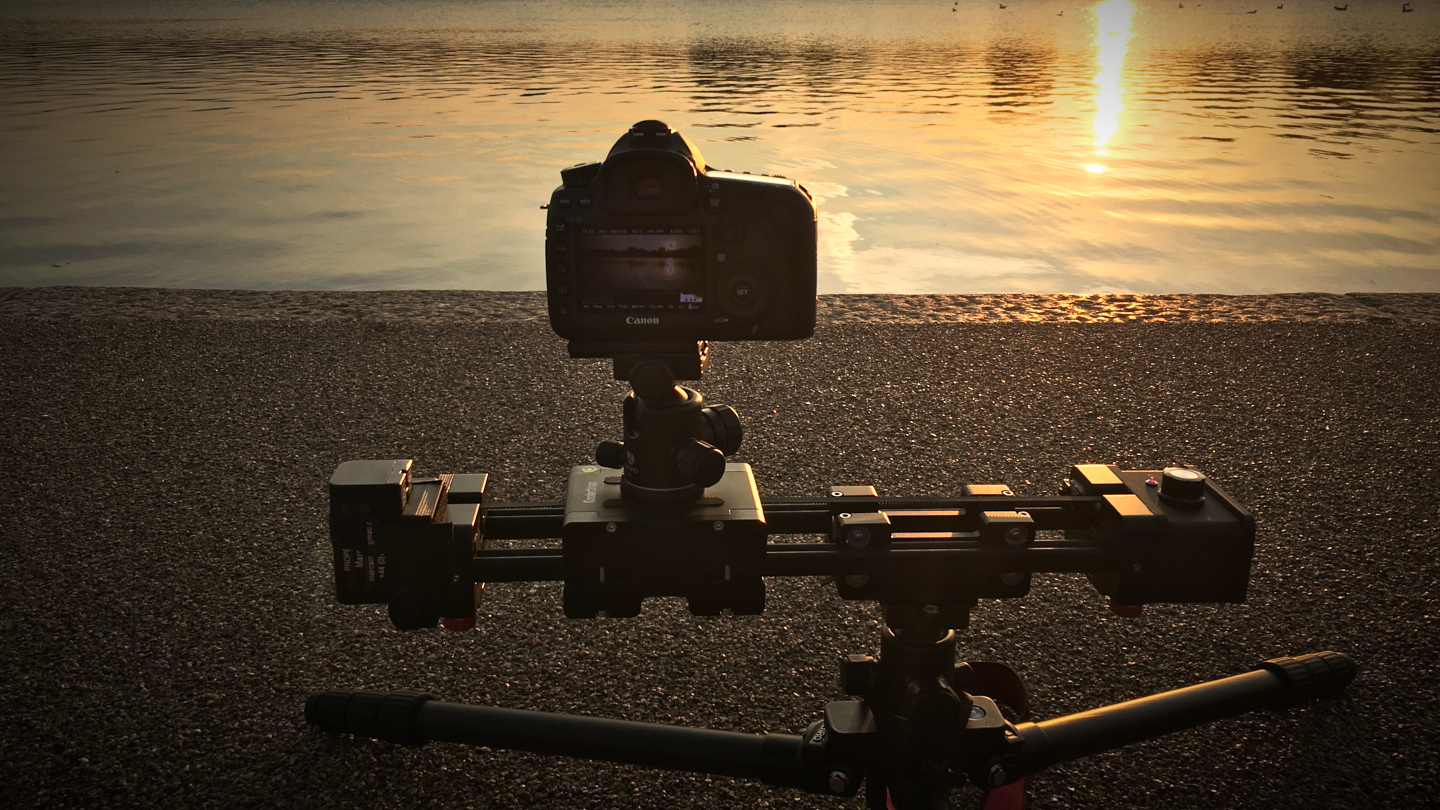 I’ve been eyeing out motorised sliders for some time but I’ve always been put off by the price or complexity. I’ve got too much camera gear as it is but there’s just something about the production value that a slider adds to a scene that makes it compelling. I’ve got a decent Konova slider that was great value but as soon as you look at the motor options for it, the cost goes through the roof. There are some junky looking sliders on eBay that come with specifically geared DC motors for time-lapse or live video work but I really want one that can do both. Having built my own 3D printer and getting to know the ins and outs of stepper motors, drivers and the Arduino platform, I started to wonder if I could just build my own.

I’ve also been eyeing the Edlekrone SliderPLUS. If you haven’t seen this innovative slider, it basically allows for increased slider distance using a counter-pulley technique. There’s probably a specific physics term for its motion. When I saw the Chinese had created a reasonably priced knock-off, I decided to use it as a platform for creating my own motorised slider. The results are surprisingly good and I’m really pleased with the outcome. The advantage of building your own solution, of course, is that it can be customised to your own needs. My goal from the outset was to create a slider with the following features:

• No external control panel. It had to be self contained.
• No complex controller. I just want to go out and shoot with it, not program it.
• Dual use for both time-lapse and live action.
• Off the shelf components and batteries I already own.
• Low cost. Budget of £150 including the slider.

This also would force me to finally design my own 3D parts. I find learning with a real project to be so much more effective. Here’s a breakdown of the parts I chose:

I took my time on this project, planning each stage and thinking carefully about the design and what I wanted as a video shooter. Most of the design choices centre around usability and how I shoot – not what was technically achievable. It was a challenging project encompassing mechanics, electronics, coding and 3D design – converging many of my interests. Sample footage below followed by more technical details in the photo gallery…

Design:
My purpose for this project was mostly a learning exercise on a budget. Edlekrone already make an extremely polished, elegant slider solution including motorised controls. The Koolertron knockoff of the SliderPLUS is without doubt of lesser quality but it lended itself perfectly for this project. Beware that some other companies selling this same knockoff design lack the threaded holes on each end which is what I used to attach the end plates – though you could always drill through and bolt them. My custom end plates follow the contours of the slider and are designed to be minimalistic taking as little space as possible.

The slider comprises two custom, 3D printed end plates – one end holding the battery and stepper motor and the other end holding the electronics with controls. I chose Google Sketchup to create the design – its interface is a complete dog and I grew to hate it even though it did get the job done. Maybe I’ve just been influenced by Apple’s design philosophy for too long (before iOS) to just accept crappy ways of doing something but that’s how Sketchup feels. It took much longer than it should have to get the design out of my head due to Sketchup’s clunkiness.

Electronics:
The slider uses a cheap third party Arduino Nano. I don’t think Arduino even make Nanos anymore but it’s a capable microcontroller – basically an Uno with less pins. After experimenting with an A4988 stepper driver commonly used in 3D printers, I ended up settling for the Pololu DRV8834 low voltage driver after choosing the Sony NP-F batteries. It was a tougher driver to source here in the UK but I couldn’t drive the A4988 below about 7.8v with the NP-F batteries which would have greatly diminished usage time. The DRV8834 is a fantastic little driver and supports 1/32 micro-stepping for even smoother control of the motor. It also runs cooler than the A4988 and requires no active cooling. Both the Nano and driver board are mounted end to end on a perf board and I used headers for easy replacement/removal.

I experimented with different types of inputs including a linear potentiometer, slide potentiometer and one of those thumb joystick pots. I wasn’t really happy with the responsiveness and ended up settling for a rotary encoder as the main (only) control dial. I love it. It uses an Arduino library that supports acceleration so the controller knows when it’s being turned quickly or slowly. The same knob controls the slider’s direction/speed and accelerates at the rate you turn it. It provides fine enough control for time-lapse and real-time shooting all with the flick of a thumb. It also has a built-in switch when you press the dial down. I’ve got it programmed to disable the stepper with a single click, switch to 1/16th stepping with a double click and hold-release will change the slider direction.

I considered using an LCD display to control the stepper but opted instead for the simpler control of a single knob. This suits my run and gun shooting style. I use Magic Lantern for time-lapse so didn’t need or want any kind of fancy shutter release control. One knob sets the slider speed from a 3 second traverse to 3+ hours – exactly what I wanted. The reverse and disable stepper options let me quickly repeat slider moves in the field. I should mention the momentary switches I mounted to the frame which automatically stops the motor when the slider hits the ends. Without these, the motor would freak out and jump steps when it hits the end. There are also two LEDs which indicate the stepper motor state. To top it off, I included a digital voltage meter to monitor the NP-F battery state. I’m getting a good 3-4 hours use out of a generic Sony NP-F 4400mAh battery.

This was a satisfying project to complete and it’s an even more satisfying rig to use. I’ve already identified some ways to improve the design and I’m considering having a PCB manufactured and shifting the design over to an OpenBuilds format. It’s early days but certainly lots of potential.