The iPhone 6S arrived on Friday. I consider myself quite the Apple fanboy but I will never understand people lining up days in advance to pickup the latest gadget from an Apple Store. Led Zeppelin concert tickets maybe but an incremental phone upgrade? I pre-ordered and it arrived at lunch time straight to my door. Am I missing something?? Anyway, I got the chance to go out shooting some test footage today and was presently surprised with the results. You’ll need to download the original file to enjoy in all its 4K beauty. 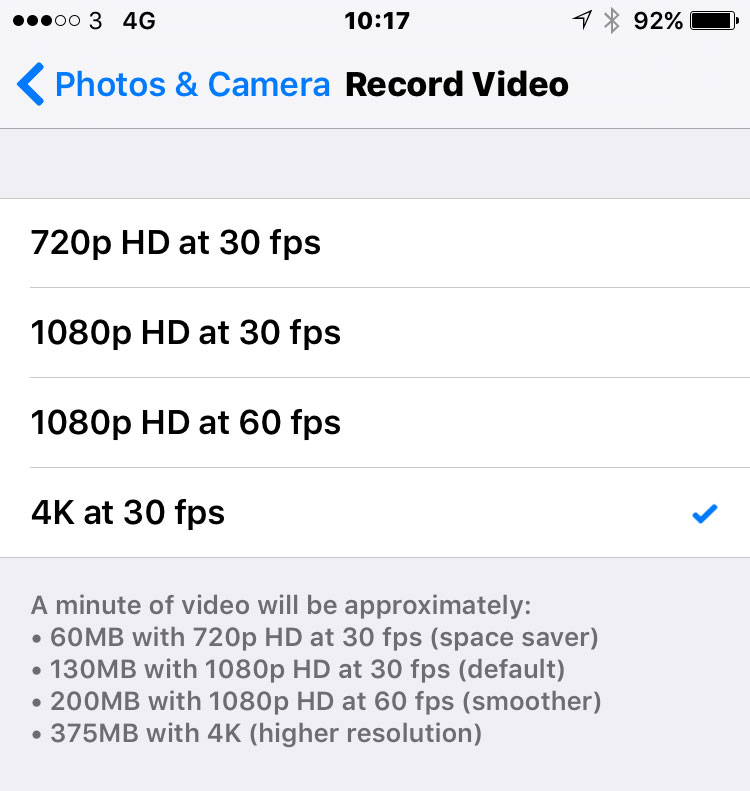 4K still doesn’t excite me as much as it seems to the average prosumer film shooter out there. Maybe it’s because I enjoy the look of vintage lenses which don’t make much of 4K’s increased resolution. It’s obviously the future and I’d expect to see it on any future camera purchase but at the moment, with so few 4K screens to enjoy it on, I’m just not that motivated by it. Improved scaling quality to HD and the ability to crop and reframe are still the most compelling reasons to shoot 4K for me for the time being.

I’m certainly impressed with the new sensor and quality coming out of the iPhone 6S. Having spent some time shooting extensively with an iPhone 5S at the beginning of the summer, the differences are immediately apparent. Besides the beautifully sharp, pinch-and-zoomable 4K resolution, the image quality itself has a more natural almost film like look. This is most noticeable in the flares which seem quite a bit more prominent. I love the look and it’s hard to believe this is coming off a phone with such a tiny lens. I’m sure the rolling shutter is there (but I didn’t go looking for it) and the depth of field is what you’d expect (although the out of focus areas still look nice).

The new camera on the iPhone 6S is an all round winner and that doesn’t even include the new ‘live’ photos which although a bit gimmicky are still pretty cool to play with. What an amazingly capable tool to have around in your pocket everywhere you go.