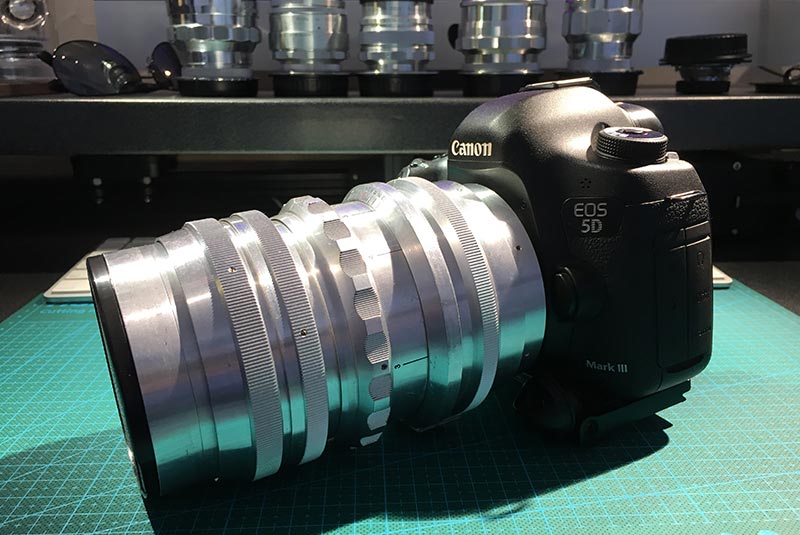 I’m pretty excited to have found one of these. I’ve only recently started looking for a good condition early M39 edition and they are pretty rare. This copy isn’t the best condition with a few minor scuffs here and there although the optics are solid and I’m just pleased to have scored one. No doubt a large, expensive lens to produce, it doesn’t look like many of these were made.

The Jupiter-6 started production in 1958 and is a direct copy of the Carl Zeiss Olympic Sonnar 2.8/180mm which was commissioned for the Berlin Olympics in 1936. I already have the Zeiss Jena ‘Zebra’ version of this lens in a medium format Pentacon Six mount and it’s my favourite lens among the zebra primes. The performance between these two lenses is much the same with the Jupiter-6 having a slightly busier bokeh. Like the Sonnar, handling is a bit of a challenge due to the size. The Jupiter-6 weighs in at a hefty 1.5kg. 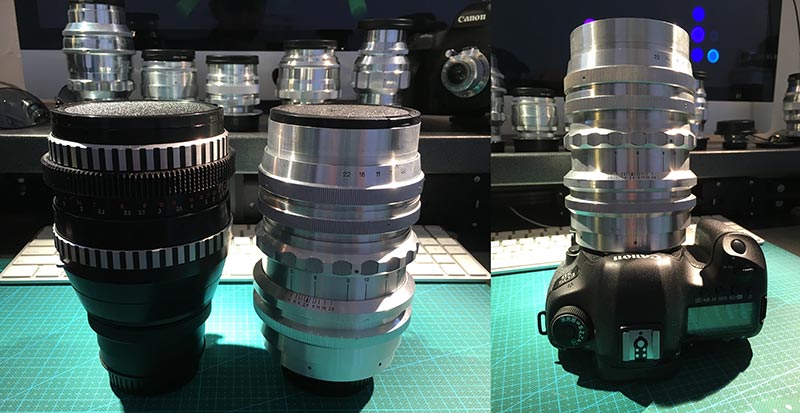 Upon seeing pictures of the rear of this lens, I was somewhat concerned whether infinity focus would be a problem. Milling down the EOS adapters by 0.3mm has become my preferred method for adapting these M39 SLR lenses but the Jupiter-6 is so large, it spills over the sides of the adapter. Fortunately, there is a spacer ring oddly built in to the back plate which means there is still room for the lens to recede into the adapter. Without the modified adapter, focus tops out at about 30m. With it, the Jupiter-6 is just shy of achieving infinity which is almost unnoticeable when stopping down.

The size of this thing is ridiculous. It dwarfs even the 5D3 and requires both hands to shoot with. Amazingly, I managed to mount a Canon 100D to the lens – and it’s certainly the camera that mounts to the lens. I’m not sure how I feel about the strength of the mount particularly the M39-M42 step ring that holds it all together. Like most large telephotos, it has its own tripod mount but it’s 5/8in and the position can’t be adjusted. Of course, mounting to the lens means it’s the camera body relying on the stepper ring which I’m even less thrilled about. 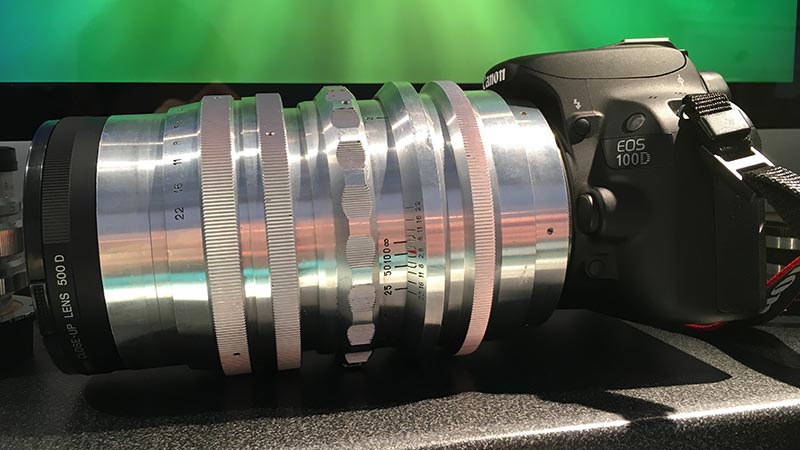 Ergonomics aside, this is a stunning lens. It feels like it’s built for battle – in outer space. Unsurprisingly, it exhibits the same weaknesses as the Sonnar design – green/magenta chromatic aberration, strong vignetting wide open and a soft glow across the frame. I really like shooting with long telephotos for the compressed look they produce and they lend themselves well for capturing candid subjects. Unfortunately, this just isn’t a practical lens to carry around due to the size/weight and I suspect explains why so few were made. The extra reach provided by 180mm has a difficult time justifying itself especially next to the excellent, comparatively tiny Tair-11 133mm.

Still, the Sonnar design at this range has a natural propensity for closing in on a subject and making the rest of the world just fade away. It’s such a timeless look. I’m going to give my Zeiss Jena Sonnar a slight edge over this Soviet copy but I’m thrilled to add such a stunning silver M39 version to the collection and will no doubt find reason to pull this behemoth out now and again.