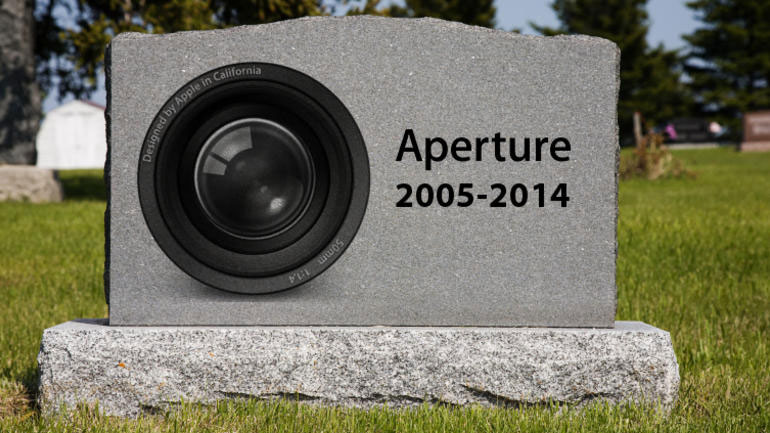 Disappointing. That sums up Apple’s decision to drop development of Aperture. While Photos is a logical replacement for iPhoto (welcomed even), it’s an unrealistic replacement for professional users of Aperture. Apple is no stranger to reinventing things and that includes major revamps of mature products. FinalCutPro X is a prime example of Apple completely re-writing the book on an established professional tool. I initially hated FCP X when it came out and couldn’t understand why Apple would strip functionality and abandon a whole industry that had emerged around FCP 7. But with time, I’ve come to love FCP X and it’s still my editor of choice in a fairly crowded market of other professional choices.

But Aperture is different. Apple isn’t replacing it with a re-envisioned professional tool. It’s simply abandoning pros on it’s higher end platform. This is a disturbing signal to send out to the professional community about the long term viability of the Mac. Will iMovie and FCP be dropped for a dumbed down “Videos” app? And if so, why even bother with the Mac platform at all if there is nothing left to distinguish it? Let’s hope Apple doesn’t forget that the influence and creativity generated particularly by professionals on the Mac platform extends well beyond mere market share and unit sales.

Perhaps the only silver lining to losing Aperture is that it’s forced me to evaluate my existing workflow, consolidate some of my scattered libraries and think through a more robust backup strategy. Before Aperture, I used iPhoto and still had a sizeable iPhoto Library. I never migrated those photos into Aperture but rather kept them around as an archive. Conveniently, Apple unified the iPhoto and Aperture Library formats some time ago so migrating iPhoto was relatively painless. Next I consolidated my two major Aperture Libraries. Several years ago the MacBook Pro became my primary Mac out of convenience. Although I had every intention to keep my 27” iMac the primary machine for photos, in practice, the MBP has become the new master library. This left me with two somewhat distinct, somewhat overlapping libraries which was a bit of a mess. Coupled with the fact the 1TB SSD on my MBP was completely full, it was time to consolidate and make the iMac the archive once again.

Merging these libraries was not the most straightforward task despite Aperture’s support for importing one library into another. Dealing with duplicates was not an automatic task. The size of the libraries didn’t help either and my resulting combined library is over 500GB large. But in the end, everything is there (I hope!) and it certainly is convenient having it all in one place. The MBP still has a stripped down library containing just my highest rated keepers which has freed up a few hundred GBs.

As part of a more robust storage strategy, I upgraded the internal HD in the iMac to 4TB. I replaced the optical drive a couple years ago with an SSD drive so the 2.8 i7 iMac still performs outstanding for a 5 year old machine and makes an ideal fileserver/image archive. It also acts a FCP archive hence the 4TB drive. The iMac is backed up to two different 4TB external Time Machines which rotate (one drive is kept off site). My MBP enjoys a similar setup with two rotating 2TB Time Machine drives (shared with my wife’s MacBook Air). Hard disks are cheap and there really is no excuse for not maintaining redundant backups. Time Machine makes it so easy.

So where do I go from here? Not Lightroom. The frustrations I have with Apple are few and far between. I can’t say that about Adobe and I try to avoid CS anything nowadays. I’ve just started evaluating Capture One by Phase One. It looks promising and allows me to look inside an existing Aperture Library without migrating. It appears to be a less backward migration from Aperture than Lightroom would be. I can already see that its default RAW rendering engine looks superior to Aperture (no surprise seeing how Aperture has been left to languish) but it’s going to take time to grow on me. Right now I can look at an image and know exactly how to get the most out of it in Aperture. It will take time to get to that same point with any other tool. And Aperture isn’t going anywhere for me soon. It will still fully function throughout Yosemite’s life cycle and probably beyond (just today there is a RAW update available adding support for new cameras) plus I have no reason to expect my trusty iMac will run anything beyond Yosemite anyway. For accessing my archive, Aperture will do fine for some time to come while I explore other options.