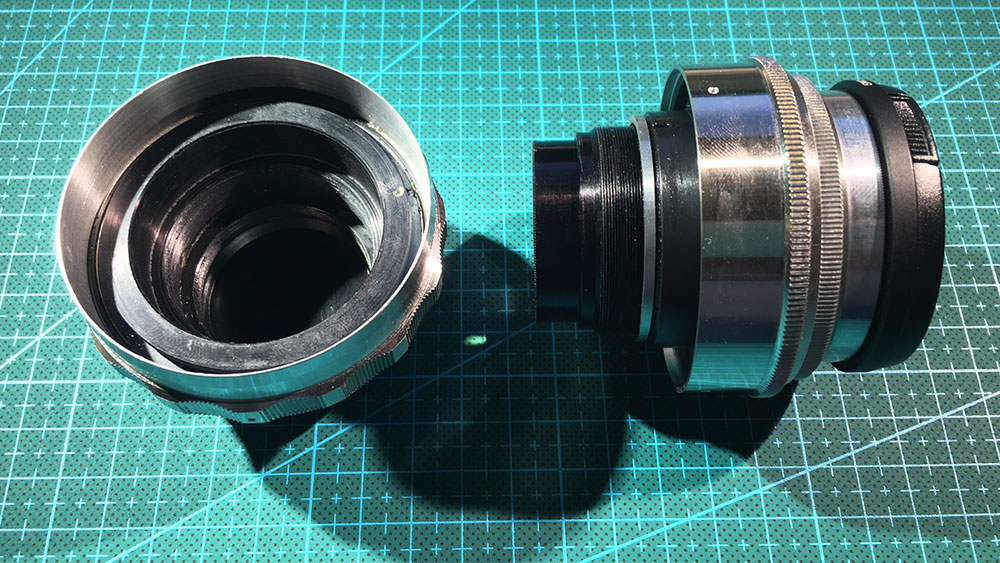 I absolutely love the pristine Jupiter-9 M39 mount I recently acquired and it has become the standard walk around lens on my 5D3. It takes amazing nostalgic photos and once you learn to tame it by stopping down a bit, it strikes a beautiful balance between soft and sharp. The one thing that has bothered me compared to the Helios 44-2 M39 is that the Jupiter has been unable to attain infinity focus. It’s not a huge problem considering the Jupiter is best suited to portraits etc. but having a sharp infinity focus is, well, something desirable on a walk around lens. I guess I just got lucky with the Helios M39 which even seems to go past infinity slightly. Vintage M42 mount lenses don’t pose this problem on a Canon body but I prefer the look of the earlier M39 Soviet SLR mount lenses. Due to a 0.3mm difference in the registration distance, infinity is sometimes not reachable with a Soviet SLR M39 mount on a standard M42-EOS adapter.

I decided, reluctantly, to crack open the Jupiter in the hopes of modifying the registration distance and was pleased to find just how easy the Jupiter-9 is to service. Opening the Jupiter-9 is as simple as unscrewing the focussing helical from the main optical body. Once open you’ll see a shim which sets the space between the two parts. Since the early Soviet M39 mount has a shorter registration distance of 45.2mm compared to the M42 standard of ~45.5mm, the lens needs to be slightly closer to the sensor than what the typical M42-EOS adapter will allow. Filing down this shim by 0.3mm does the trick. The end result means the focus ring comes closer to the aperture ring and that the aperture dial falls out of line with the distance scale but that’s a minor issue for me and well worth the trade off of achieving infinity focus. This modification can also be easily reversed by adding a 0.3mm shim in the future.

See the notes in the photo gallery for a more detailed description of the process.