I finally got a free day with some dry weather to take my increasing collection of Jena primes out for a spin. This is the first time I’ve been able to shoot with them together for comparison so it’s a bit of test film more than anything else. Sorry it’s a familiar spot for me (Kensington Gardens) but since I’ve already shot this place to death with my Canon glass it made for a good location to test.

It’s early days but already some things are becoming apparent. Focus accuracy thanks to a much greater range in the focus rings is *fantastic*. Suddenly my follow focus rig has so much more finesse. However, I’ve also found that since the front elements move back and forth on these lenses, it’s much harder to support on the rig. I’m going to mount an additional strap to hold the lens down closer to the camera body. It’s not too big an issue but made the follow focus gears slip a few times. 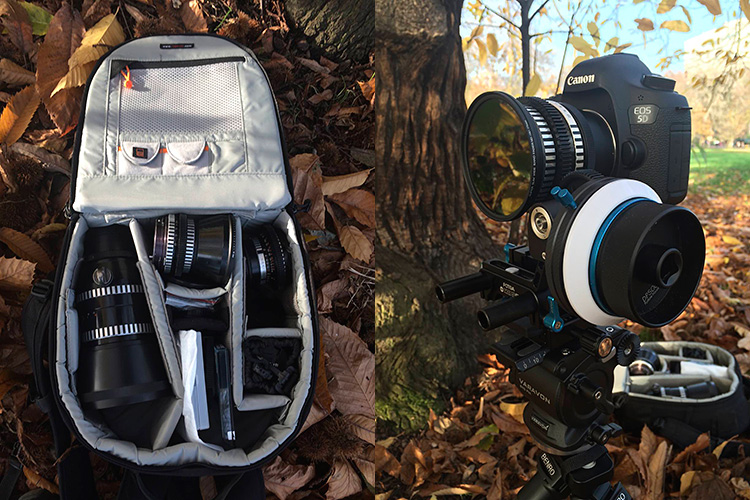 I also learned that “smooth focus ring” doesn’t mean the same thing on all eBay listings LOL. A couple of the lenses (Flektogon 4/20 and 4/50) are actually too loose to the point they slightly wobble on the follow focus. I suspect they need more grease on the internal gears but maybe they’re just 50 years old and acting loose like a gear box would on a car. Again, it’s not a huge issue but compared to the butter smooth focus of the Biometar 2.8/80 and Sonnar 2.8/180 it’s just a bit of a let down.

But the most important thing I found was the consistency between these lenses. None of this test footage was colour graded and only exposure was adjusted slightly (mostly because I was distracted while shooting RAW). And all these lenses exhibit that legendary Zeiss look including the Flektogon 4/20 which is the odd ball of the bunch because it’s an M42 mount 35mm lens vs the rest which are medium format Pentacon Six mount.

My favourite lens is definitely the Sonnar 2.8/180. It’s magical. All of the footage shot at the end was taken with the Sonnar because I didn’t want to take it off the camera. It worked like a champ on my Fotga follow focus which makes this beast of a lens more manageable. It’s size certainly makes it an impracticality for most work but once I have a film crew in tow that shouldn’t be much of an issue 😉