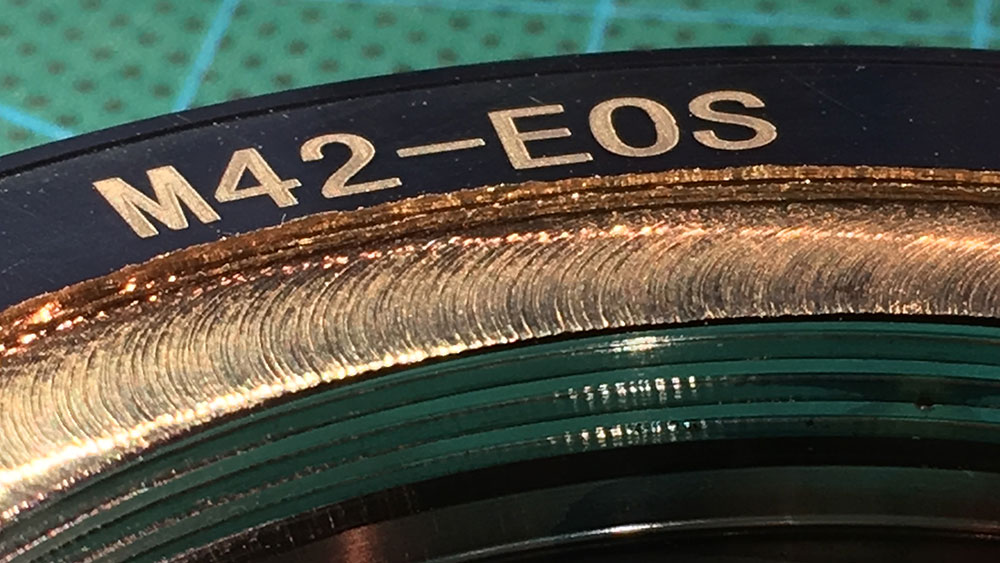 I’ve really come to like the early Soviet SLR lenses which use the M39 mount. These lenses from the 1950s and 60s produce a low contrast, dreamy look particularly when shot wide open. They typically possess only a basic lens coating which makes them wonderfully prone to flare – each one with it’s own unique optical signature. They are also mechanically solid, made entirely of metal with a beautiful chrome finish reminiscent of Sputnik or the Apollo Moon missions. The Soviet M39 SLR mount would eventually be supplanted by the M42 standard and with that standard would come a slightly different registration distance. The M39 mount is easily adapted to M42 using a simple stepper ring but the 0.3mm registration difference is enough to throw out infinity focus when trying to use an M39 lens on an M42 mount or adapter.

There’s quite a bit of conflicting information out there. Some claim the registration distance makes no difference and others claim you’ll lose infinity. Having a range of these lenses now I can tell you it’s a mixed bag. I’ve got two M39 Helios-44s – one just misses infinity and the other even goes slightly past. My Mir-1 manages to reach infinity but neither the Jupiter-9 or Tair-11 could. The Tair-11 could only achieve about 25m. Maybe the longer focal distance is more sensitive to that 0.3mm registration difference? Who knows but it’s a slightly annoying issue that I’ve been keen to resolve with these lenses. 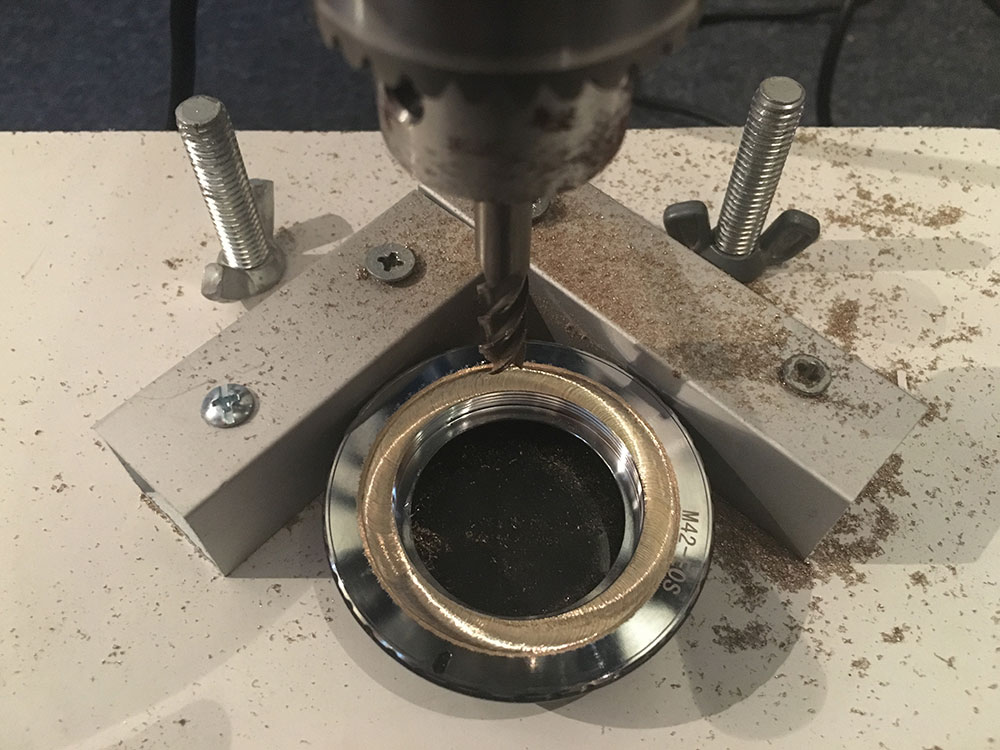 I found a way to file down a shim within the Jupiter-9 which closes that 0.3mm difference to the focal plane but the Tair-ll has a very different design. I finally worked around this, modifying the EOS-M42 adapter by milling down 0.3mm using a drill press. This was not the easiest task and a drill press is not the most appropriate tool for this job but it worked. If you try something like this, please make sure you take every safety precaution including goggles and gloves. Keep in mind a drill press has every potential of turning the adapter into a projectile.

It would be great if a Chinese company picked up on this niche market for a specialised EOS-M39 (Soviet SLR) adapter that brings the lens 0.3mm closer than existing M42 or M39 Leica adapters. But even this would not be a universal fix for the Soviet M39 lenses. Remember that I also had to file down some of the rear assembly on both the Helios and Mir lenses so that they would not come into contact with the 5D3’s mirror. Bringing these lenses closer to the focal plane would only re-introduce the mirror issue. Bottom line is that each of these lenses has required its own modification for full EOS compatibility but I now have 4 beautiful vintage Soviet primes that are perfectly adapted. It *can* be done.