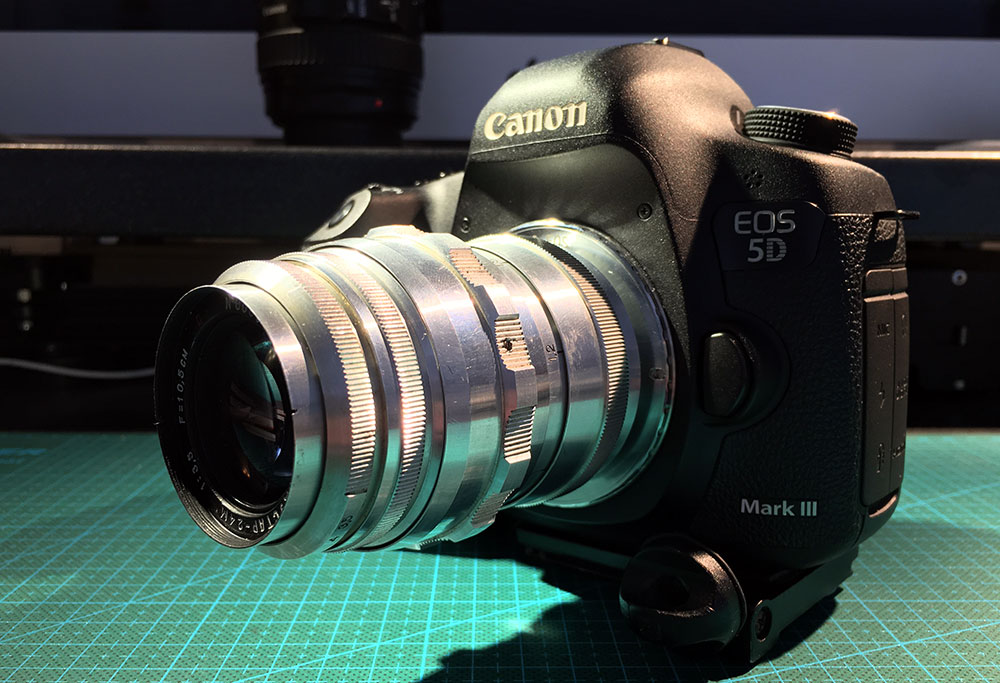 On the continuing quest to fill in the gaps of my early Soviet M39 SLR lens collection, I’ve managed to finally pick up a copy of this rare lens. eBay sellers like to refer to all these early lenses as “rare” but for some models like the Helios-44 or Industar-50 you can actually buy ‘lots’ of 10-100 lenses at a time they are so plentiful. There are some unusual examples like the 13 bladed version of the Helios-44 but for the most part, the word “rare” is quite an exaggeration. That’s not the case with the Industar-24M which is incredibly hard to find in good condition. Not only do few of them come up for sale, the finish is particularly prone to oxidation so it’s almost impossible to find a decent copy. I had previously lost an auction for one of these several months ago. Refusing to spend a premium on an ƒ3.5 lens, my patience has been rewarded with this copy from the motherland which is in good condition and at a reasonable price.

Only a small pre-series run of about 2000 were manufactured in 1960 which explains the scarcity. It’s not clear why this lens failed to enter mass production. Between the Zenit-3, Kristall and popular Zenit-3M, around a million SLR camera bodies were produced in the Soviet Union during the early 60s. Perhaps there were production issues or maybe this lens just struggled to differentiate itself from the Tair-11 or Jupiter-11. Similar in size to the Jupiter-11, it shares the same, relatively small 40.5mm filter size. The Industar-24M is based on the Zeiss Tessar optical formula and was the SLR version of the existing Industry-24 made for the medium format Moskva-5. 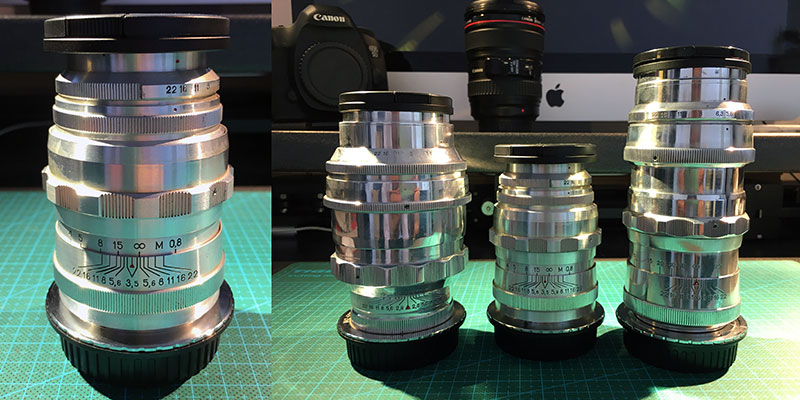 It would appear that my copy has been modified at some stage. The Industar-24M was only produced in an M39 mount but this one has an M42 mount. There is a semi-permanent ring held on with three tiny screws which probably replaced the original M39 mount. This modification has also taken into account the registration difference between M39 and M42 mounts and therefore has no problem achieving infinity on my Canon body. It’s not an unwelcome surprise and saved me the effort of milling down an EOS adapter.

This was a purchase based on collectability so I didn’t have high expectations for image quality. It’s not altogether disappointing but I was expecting more based on what I was seeing in the viewfinder/LCD. It’s an incredibly soft, low contrast lens. Much like the Telemar-22 is able to deliver some vintage charm despite its deficiencies, the Industar-24M does show some character but in general lacks any wow factor. I went out shooting on a really dull, London day so that may have contributed but pretty much every image in the gallery required a high degree of sharpening and a contrast boost. Typically at ƒ3.5, the bokeh quality is nothing special although this lens does exhibit an unusual blue-spot flare (see statue of man below). It’s best feature is probably the short minimum focus distance of about 500cm which is respectable for a lens of this vintage/range and allows for some decent crop (see duck’s eye).

The Industar-24M is a tick off the list but I doubt it will ever possess more than a collectible fascination for me. I’ve had more fun researching and tracking this lens down than actually shooting with it. The Tessar design has a reputation for both sharpness and contrast so it is surprising that the Industar-24M (at least this copy) is so weak at both. In conclusion, maybe that is why it never enjoyed a substantial production run.